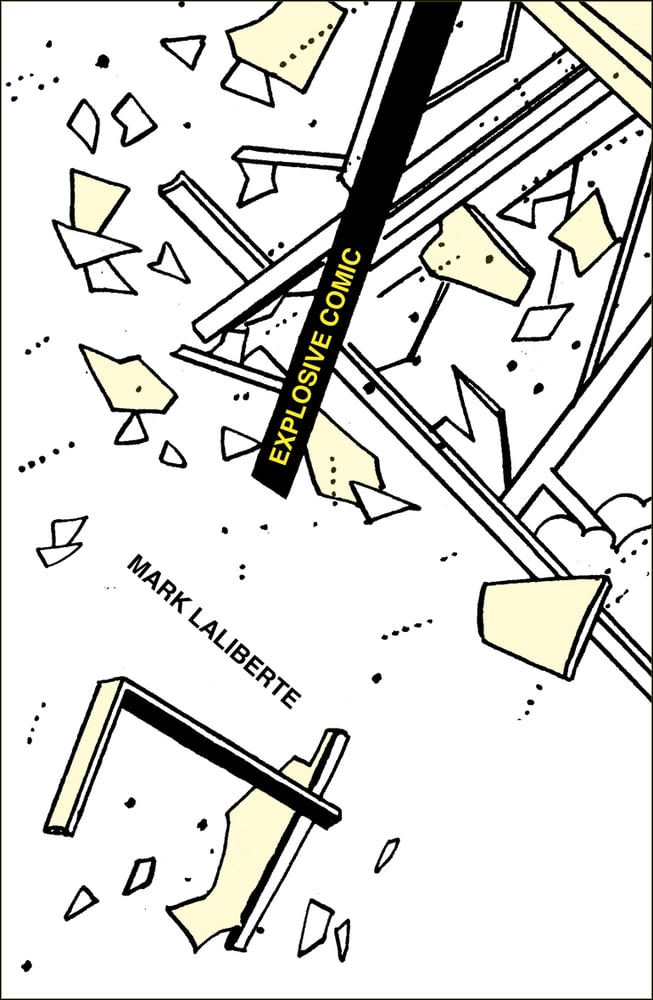 Created in 2001 but not publicly released until now, Explosive Comic is arguably the first great collage comic of the 21st century.

This 18-page collage comic distills the basic thematic tendencies of male-oriented mainstream comics — blood-soaked fever dreams of cars, women, guns and mayhem — into a concentrated and explosive narrative gesture. Both meta-comic and visual poem, the meticulously assembled paper sequence was built a panel at a time, with many elements going into the creation of a single collaged frame. Using only scissors and glue, countless source comics needed to be studied and cold-heartedly dissected (a collector’s worst nightmare) to find just the right parts to create each page, and to adhere to the panel forms that drive the correct reading of narrative comics.

Giving the work a literary grounding, Laliberte has long referred to Explosive Comic as a score for a sound poem, a babble-chorus created for the inner ear. Sonic in nature, the sequence is driven by the mental kinetics that goes into enlivening a reading of the cryptic story tags, pain-laden word bubbles and combustible sound captions; it’s a noisy text, to be sure.

“Explosive Comic is classically focused in every sense of the word. Generally speaking, it's stuff blowing up or breaking badly, and the resulting noises and chaos; a work of micro-genius ... a total blast to read!”
— Cam Gordon, Broken Pencil (No. 78)