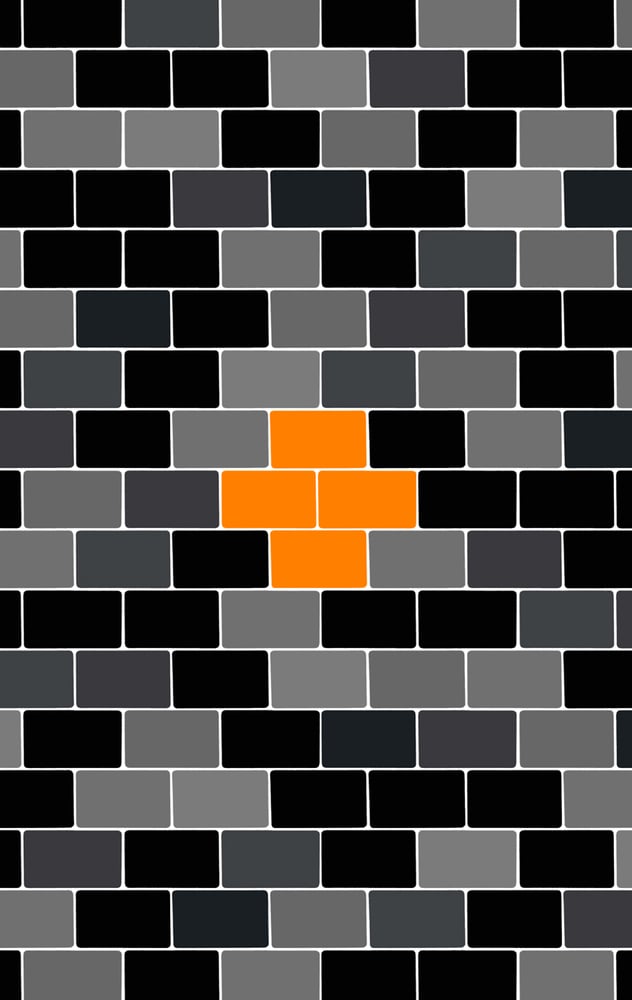 This collection presents a series of visual meditations on the subject of “assembly poetics”. Like much of Laliberte's recent output, this project hovers around — but never quite steps into — the cultural zone that pure, popular comics inhabit.

The hybrid “texts” presented here (slowly developed from 2001-08), appropriate and invade the hand-made illustrative markings of different illustrators or cartoonists, as they draw bricks — usually in the backgrounds of city scenes. Each drawn source is pulled forward and stripped of all signs of their original narrative intent. In a process that is metaphorically connected to the careful manipulation of written words on a page, each work is digitally constructed — brick-by-brick — into new and distinct walls that the reader will likely enjoy hitting up against.

"BRICKBRICKBRICK deftly uses comics to create a metaphor for writing, entreating that readers explore how idiosyncratic writers build their environments one word at a time, brick by brick. Laliberte’s volume is a metaphor for contemporary avant-garde practice as it moves the centre of attention from narrative and its hallmarks (character, dialogue, plot) and, in a form reminiscent of Alain Robbe-Grillet’s nouveau roman, focuses instead on setting." — derek beaulieu

"This isn’t a comic. Or is it? Does it matter? I’m really not concerned with definitions, but I am concerned with stretching the limits, expanding the family that is comics." — Derik Badman, the Panelists

"The concept is simple, the completed text stunning. The book can be read as concrete poetry with conceptual undertones." — Jonathan Ball