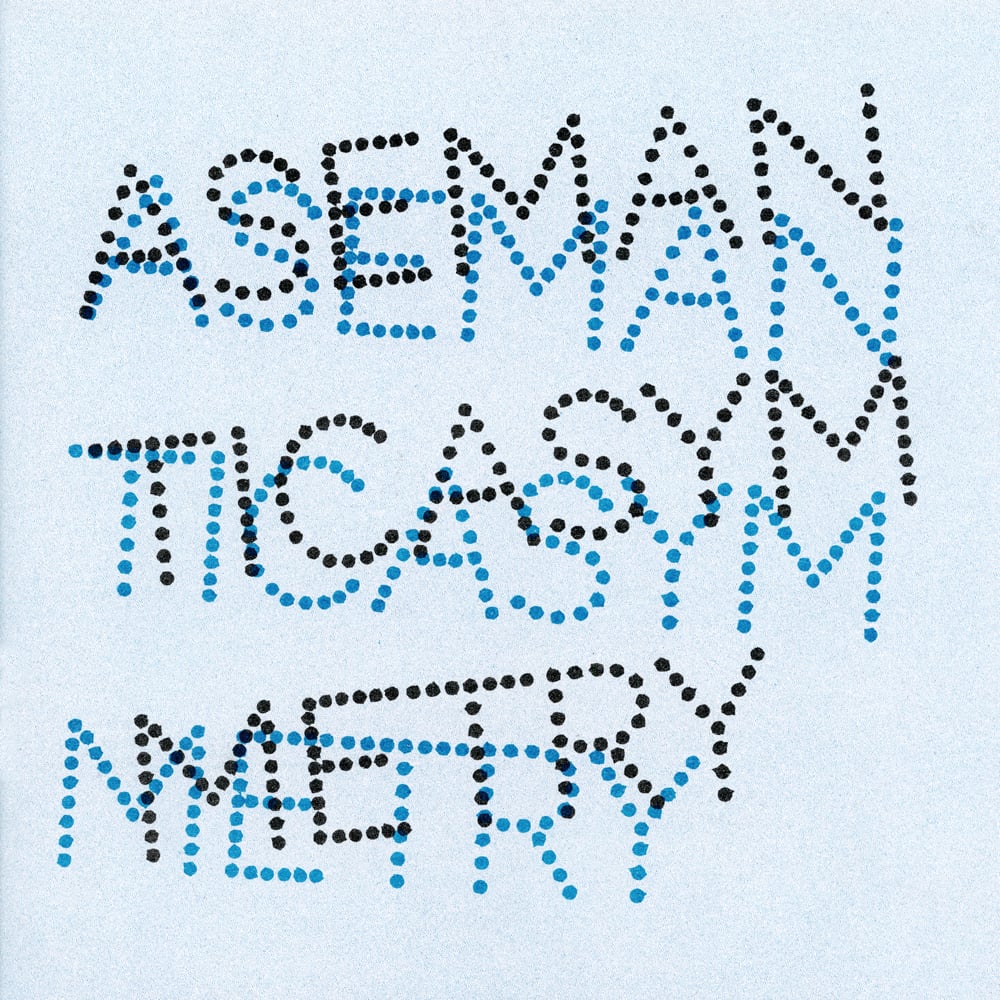 asemanticasymmetry is a collection of ‘remix texts’ built by creatively re-interpreting/re-shaping/re-writing selections from the large body of vispo work that Canadian author derek beaulieu has created using dry-transfer (letraset) lettering; the works presented here are specifically built on the skeletons of works found in both Fractal Economies (2006, Talon Books) and kern (2014, Les Figues Press), as well as a large number of newer dry-transfer pieces beaulieu created during his tenure as Poet Laureate of Calgary.

Much of beaulieu’s vispo is characterized by a delicate, reflective symmetricality. This sense of balance and circularity is a defining feature in much of the work he produces, and for me, the harmony it introduces was the first feature that I set out to disrupt /complicate. I also felt almost immediately that the use of colour was generally outside of beaulieu’s standard lexicon, but could be put to formal and poetic use in my remix texts. Formally, I have limited the works to black, red and blue — keeping risography printing in mind as an eventual delivery mechanism. I have adopted the square as a working format for all the works in the series — the popular reference to music remix culture being implied here in a simple packaging/format gesture.